Even though coal and oil are still the world’s main energy sources, there is massive support for 100% renewable energy, according to findings from a new global survey released by Ørsted, formerly DONG Energy.

In the end, eight out of 10 people said that the world should run entirely on renewable energy, as demonstrated in the chart below: 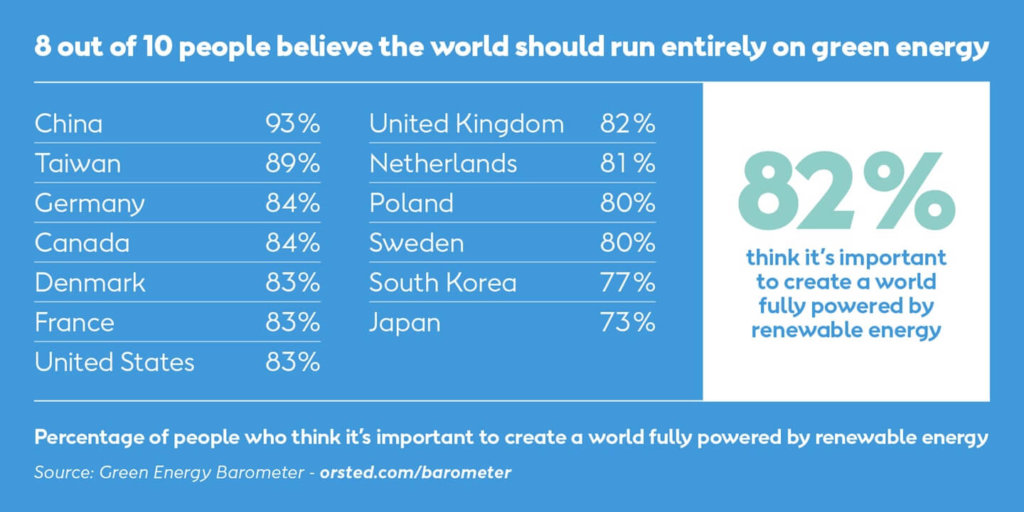 Read the rest of the story at North American Windpower.