LOS ANGELES – Over 100,000 people from 20 countries – including Ukraine, India, and Australia – tuned into the first episode of Climate Curious, a livestreamed show focused on real talk from solutionaries saving our planet. Leaders of color from the frontlines of the climate crisis talked about the injustices they’ve seen, the solutions they’ve created and helped implement, and the key role climate justice plays in the ongoing demand for racial justice.

“If we couldn’t breathe, we couldn’t fight for justice. I see those things as completely connected,” she said.

Seeing what was happening in his own backyard was also how the Rev. Leo Woodberry, co-founder of the Justice First tour, connected climate change to the struggle for justice. He was working on a youth mentoring program when he learned that people in his South Carolina community had to limit eating the fish they could catch locally because of mercury pollution from coal-fired power plants.

“From the very beginning, our fight has been around saving our lives – about the food that we eat, about the water that we drink,” he said.

“Intersectionality has really become more apparent with COVID-19, because a lot of the people most susceptible to the virus are people who live in areas with food swamps and food deserts, and who disproportionately suffer from pre-existing conditions like asthma, hypertension and diabetes.”

Actor Mark Ruffalo, best known for playing The Hulk in the Avengers movies, co-founded and serves on the board of The Solutions Project, a nonprofit that promotes climate justice through grantmaking and amplifying the stories of frontline community leaders; the organization produces Climate Curious. He also started his climate justice journey in his own community when he joined the fight against fracking in New York State.

“That was poor and working-class white people. I jumped into that, and fought shoulder to shoulder with them, because that’s what I knew – that’s where I was living,” he said.

The panelists emphasized the importance of ending environmental racism
in all communities.

Rev. Woodberry talked about working with Duke Energy to site a solar farm in a rural corner of South Carolina – and to give low-income residents energy efficiency upgrades, as well. And in a South Carolina community repeatedly evacuated because of hurricanes and flooding – extreme weather events scientists say will only become more common as climate change continues – he is working with community leaders to start ecotourism enterprises.

Elizabeth Yeampierre talked about building an intergenerational community movement that doubled the open space in Brooklyn’s Sunset Park neighborhood, stopped the siting of a power plant there, and launched the first community-owned solar co-op in the state of New York.

Yeampierre also talked about developing the next generation of climate leaders, including hosting youth summits and sending young neighbors to Antarctica and the North Pole.

She also said, “We sent a young woman to the COP.”

When host Sean A. Watkins explained to viewers that “For those of you who are new to this, the COP is not the cops,” everyone laughed. “It’s a United Nations climate change conference that happens every year,” he said, referring to the Convention of the Parties (COP) to the United Nations Framework on Climate Change.

Climate Curious livestreams at 4 pm EDT/1 pm PDT on Tuesdays, and can be seen on The Solutions Project’s Facebook and YouTube accounts. The producers are grateful to NowThis for livestreaming the Climate Curious debut on its Politics, News, and Future Facebook channels, which gave access to tens of thousands of viewers who might not otherwise have seen the show.

Next Tuesday’s episode, titled Energy Solutions: Money, Utility Power, and Community Respect, will feature Chandra Farley of the Partnership for Southern Equity in Atlanta, who has been working for a nationwide moratorium on utility shut-offs during the coronavirus pandemic; and Groundswell CEO Michelle Moore, who is making solar energy more accessible to low-income communities and communities of color.

About the Reverend Leo Woodberry 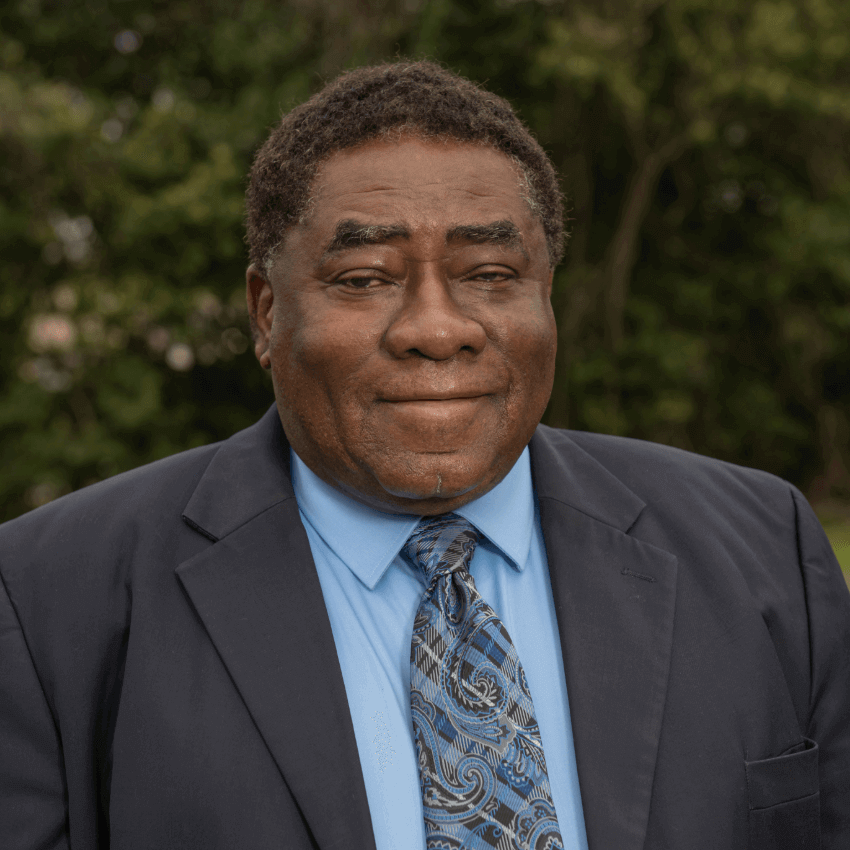 The Rev. Leo Woodberry is pastor of Kingdom Living Temple, executive director of the New Alpha Community Development Corporation in Florence, SC, and co-founder of the Justice First movement, which calls for environmental justice, forest protection and 100% clean energy. For three decades, he has been at the forefront of addressing issues of environmental racism and climate justice.

As a member of the African American Environmental Justice Action Network (AAEJAN), Rev. Woodberry was instrumental in uniting people of color across America, and in influencing the Ford Foundation and other philanthropic entities to support people of color and communities disproportionately impacted by environmental hazards.

Rev. Woodberry served on the steering committee of the Peoples Climate Movement, and continues to work on clean water and air issues and renewable and sustainable energy issues with South Carolina’s Department of Health and Environmental Control. 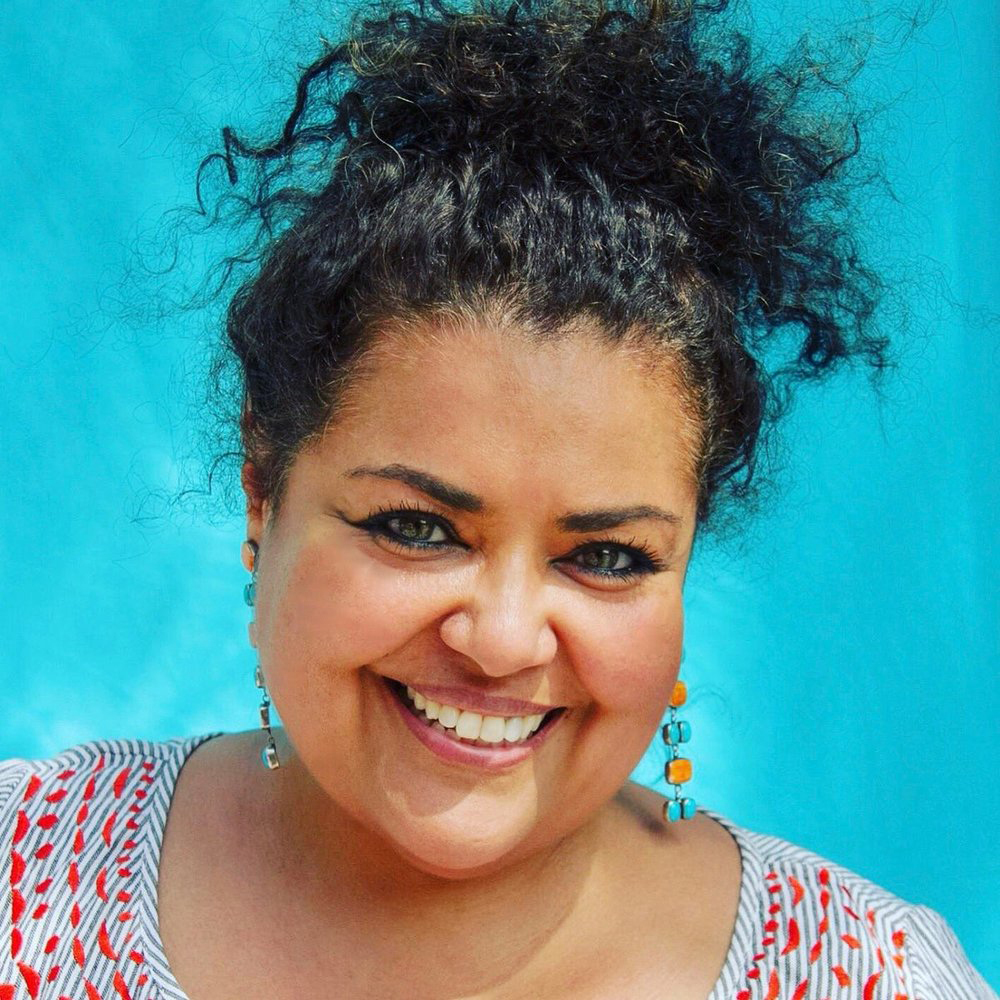 Elizabeth Yeampierre is an internationally recognized Puerto Rican attorney and environmental and climate justice leader of African and Indigenous ancestry born and raised in New York City. A national leader in the climate justice movement, Elizabeth is the co-chair of the Climate Justice Alliance. She is Executive Director of UPROSE, Brooklyn’s oldest Latino community-based organization. Her award-winning vision for an inter-generational, multi-cultural and community-led organization is the driving force behind UPROSE. She is a longtime advocate and trailblazer for community organizing around just, sustainable development, environmental justice, and community-led climate adaptation and community resiliency in Sunset Park. Prior to assuming the Executive Director position at UPROSE, Ms. Yeampierre was the Director of Legal Education and Training at the Puerto Rican Legal Defense Fund, Director of Legal Services for the American Indian Law Alliance, and Dean of Puerto Rican Student Affairs at Yale University. She holds a BA from Fordham University and a law degree from Northeastern University.